Why We Moved To Another State + Tips

We are from Michigan and have lived their our entire life. I am from a city called Grand Rapid on the west side of the state and my husband is from Detroit.  One of the top questions we get asked is why did we move to Dallas? That’s a good question, and I realized that I never really did a full post explaining why we moved and the tips for moving to another state that help with the transition.  I am not going to lie, making the decision to move isn’t easy, that is a MAJOR life decision.  So much so that you can be so scared that you are crippled and don’t make any moves at all.  This was us for many years, I knew that we should leave Michigan in search for a better opportunity but just was to scared to make the change.

My middle sister moved to Dallas late 2000’s and when she moved we always would visit.  Every time we visited we loved it and felt like there were so many opportunities there.  Then my mom moved to Dallas a few years after her, and of course we would visit even more.  At this point Rick and I had just rebuilt our relationship, and were preparing to get married. Rick even proposed to me while we were in Dallas! I had been wanting to move to Dallas, but I knew that would be a NO GO for Rick.  Rightfully so, he didn’t want to leave his parents, and everything he had known.  After all he would be going down there with all of my people and he didn’t have anyone there. I completely get it!

Reasons I felt we needed to move:

Once we got married in 2014 the thought started to grow even more, and then we got pregnant with Calvin.  I starting thinking if we are going to move now would be the time.  When Cameron was young enough where it wouldn’t impact him emotionally a ton, and before we started schooling with Calvin.

I really prayed on this decision, and really if God wanted us to make this move.  And I prayed that God would remove this fear I had for change, because it was making us stagnant.

The time had come to renew our lease, and I just really didn’t want to do it.  There was no part of me that felt it was the right move. I came to Rick and I said, what if we move to Dallas and don’t renew.  While Detroit was home for Rick, he always knew we had been struggling, and he was tired of the same struggle cycle we were on. Rick is not one to make any decisions quickly so he let it marinate and then came back to me.  He said IF we can get our current jobs to transfer to Dallas he would do it.  Rick’s biggest thing is he didn’t want to be broke moving to a foreign city, which I cold understand.  We both talked to our jobs, and BOTH jobs had no issues with us transferring to the Dallas branches. Praise Jesus!  Once that happened we made arrangements with my sister to live with her for a few months while we got our lay of the land. Then we started planning the moving logistics.

We didn’t have a lot of money at that time we didn’t even get a full moving truck, we got a trailer and hitched it to my SUV and put as much as we could in it.  The rest of the items we put in storage in Michigan for when we got our own place, and we sold a bunch of items as well.

We settled just north of Dallas where my aunt, sister, and mom lived.  Once we got to Dallas steps of progression started happening.  1 week after arriving Rick got a job offer for a better position, better pay, and closer to home. Progression didn’t happen that fast for me I stayed in the job I transferred down for about a year, but worked on learning new responsibilities and skills. Also, Calvin was a baby at that time so the job allowed me to focus on being a mother to 2.

We started to get settled in Dallas and found our own place a few months after living with my sister.  I knew that buying our own home was the goal, so we found an affordable apartment that was 2 bedrooms that would allow us to save money as we started to rebuild our finances. It was a sacrifice having the boys share rooms since Cameron was 5 years older then Calvin, but it was necessary to keep costs low.

I also leveled up about a year later to a management position and finally was able to leave the job that I transferred.  This job pay increase helped us to be able to work on finances.

2 years after moving Rick got a even better position that had a lot more flexibility, and then eventually I also leveled up to an AMAZING position.  It really was a great position that allowed me take my HR career to the next level, and to give us huge progress financially.

From 2014-2016 we were working our financial rebuilding, making new friends, found a church home, and got the boys settled in activities.  Dallas became our home, and we loved it.  We love that everything feels so new and there is new construction and just so much happening. It is something that we hadn’t experienced in Michigan.

We were in a good place, each year growing and doing better than the year before.  In 2016 I even decided to launch my blog! No clue what I was doing, but I just knew that it had been on my heart to do for a while, and was determined to do it!  So much positive movement was happening for us that never happened in Michigan.

January 2017 we BOUGHT our hard work! After sacrifices, tears, hard work, we DID IT!

Ever since then we have continued to flourished honestly. My blog has grown, our kids have been doing amazing, we have grown financially.  Joined a church that we love that has provided us new friends, given us teachings on how to have a relationship rather than religion.  Our marriage has matured. Just truly have grown in every single area.  NOW let me say this….this journey in Texas hasn’t been challenge free.  We have faced things, have been challenged, but have been equipped to whatever comes our way!

Now here we are 7 years later and have bought/sold our last home, and built our second home. We closed on our home November 2020.

Tips For Moving to Another State

What to consider before moving:

Job Opportunities – Have a plan with your job when deciding to move. I strongly advise against moving anywhere without some type or source of income lined up. That can be a recipe for having to move back home quickly. I know often we have the anxiousness of wanting to just leave your situation.  But make it a thoughtful move so that it can be permanent. You definitely want to look at the job market.  If it is an area where people are struggling to get a job that is something that you will need to factor in your decision to move.

Where will you live – Visit the locations you are thinking about moving.  You want to get your lay of the land, and really make sure you like the area.  Ask yourself what type of things do you like to be close to? Are you a suburban or city person? These questions will help you decide the area to move. Also, if you are wanting to move but don’t have a clear place that you want to go.  Consider moving to where you may have friends or family. It has made this transition so much easier.

Cost of living – This is something very valid to think about. What is going to be the change in cost of living where you are planning to move?  How will you financially prepare for it? From Detroit to Dallas we had a higher increase with cost of living.  Not a crazy amount but there is a difference.  One thing that was pricier in the area we moved to is daycare! Geez, daycare centers are like the cost of a mortgage in our area. We were not prepared for that!

Schools – If you have kids do your research on schools.  How does the school district compare to where you currently live? We wanted our children to thrive, and part of the reason we picked the area we live is due to the school district.

What is the true purpose you are moving – You gotta be honest here.  Are you moving to simply runaway from problems with no game plan and logic?  You want this move to be thoughtful and well executed.  To start you have to really evaluate the true purpose you are moving, to then answer should you be going.  I believe that if you are running away just for a short term solution you will end up the same way you were in your home state.  Make a thoughtful decision.

What is your goal for moving? – What are you looking to accomplish by moving? I think what helped Rick and I be successful with moving is we had clear goals and action plans on how to try and reach them. The last thing you want is to move back home. 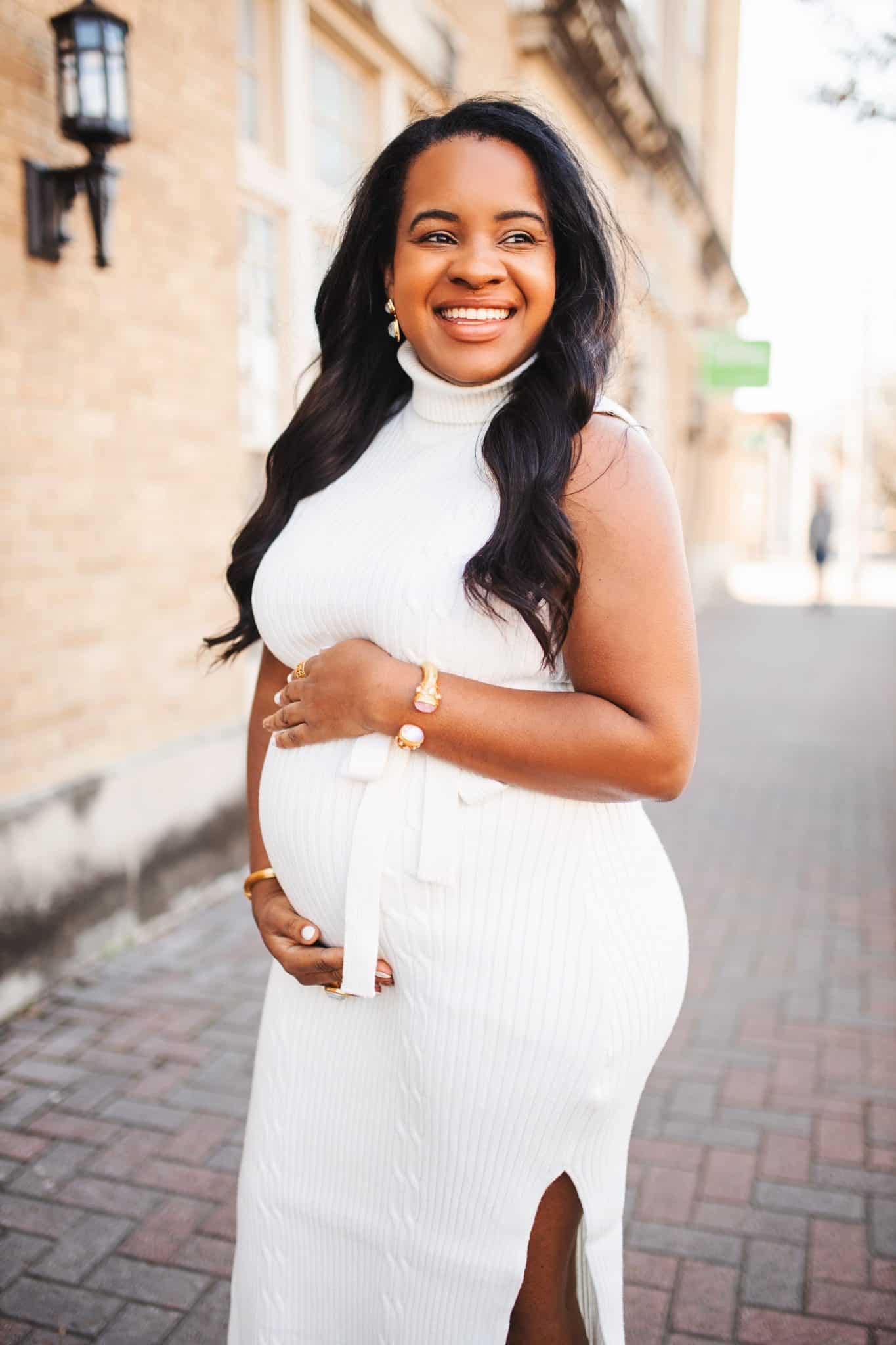 I often get asked. Do I ever wish we still lived in Michigan? No…We actually say there is no way we would ever go back. Yes we miss our 4 seasons, but no.  Michigan is home, but Texas gave us a LIFE. I also think it is so funny how God can be practically showing you the path to take, and how often we still try to work a different plan.  For the longest we allowed fear to stop us from following the journey God called us on.

Unless it is an emergency situation, it is important to really take your time and make this a well thought out plan. It will help make this a long term plan that is successful.

Do you have any tips for moving to another state?  Let me know in a comment below!

All Items are linked on pictures above or click text below