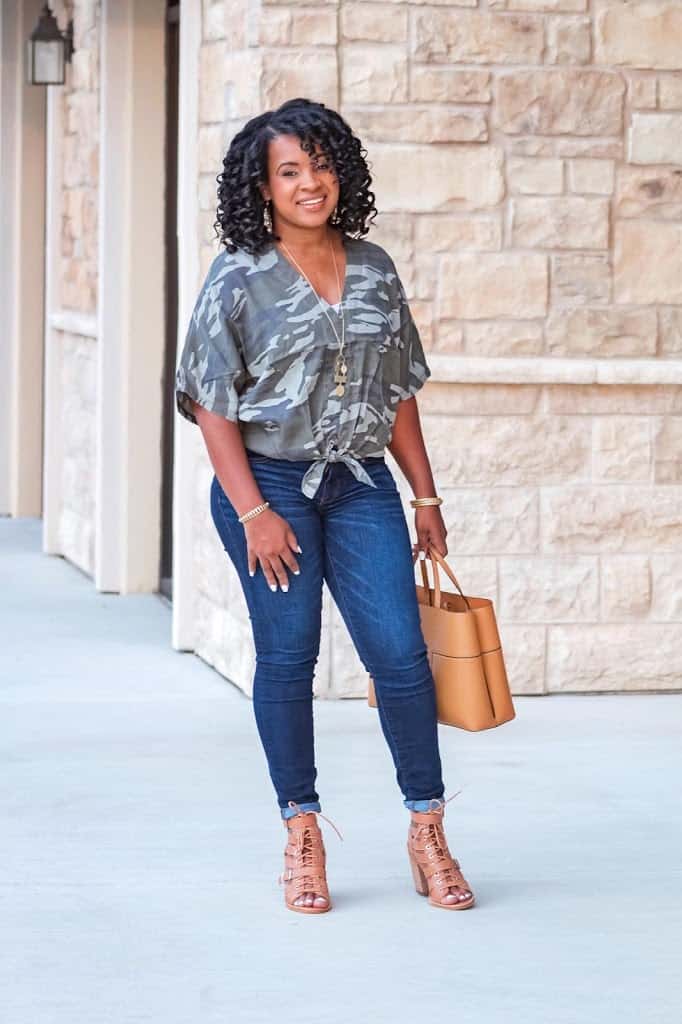 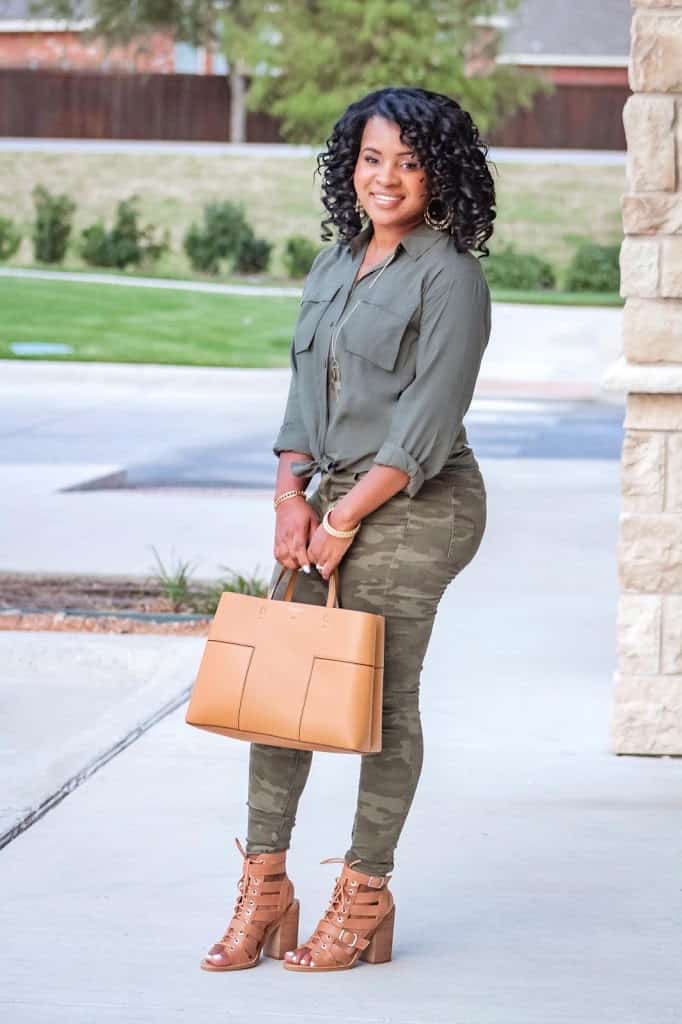 Camo should be on the top of your list for prints to add to your wardrobe this Fall.  I have always loved camo when done right.  What I love about Camo is it very versatile, you can dress it up or down.

Do’s:
Pair with color: Explore pairing Camo with a fun color to spice up your look.  Since I am partial to yellow I would pair it with a mustard yellow.  I’ve seen Red and Camo paired and that’s look great!

Add a feminine flair: Camo of course is a more masculine, so don’t be afraid to add a feminine flair. I’m thinking skinny jeans and Camo top or midi body con dress with Camo jacket. Its easy for Camo to look like you are ready for combat so just at that girly touch.

Acquire multiple Camo items.  You can incorporate Camo in many different type of pieces. Consider trying a top, jeans, jacket, or jumpsuit.  But not at the same time.

Dress Up or Down: Camo really is a day to night look. You can wear a Camo t-shirt, ripped jeans, and sneakers in the day. Then for Date night get a Camo blouse, skirt, and heels.  Completely versatile print.

Explore different Camo variations: I love seeing Camo is different colors other than Olive Camo.  While yes that is a classic, there are so many other fun Camo colors.  I have a neutral Camo sweatshirt that is a personal favorite. I’ve also love seeing a soft pink Camo, or even black/gray.

Keep it classic: One of my favorite items to pair Camo to is classic Earth tones.  It’s perfect for Fall and brings a classy and edgy feel to your outfit. 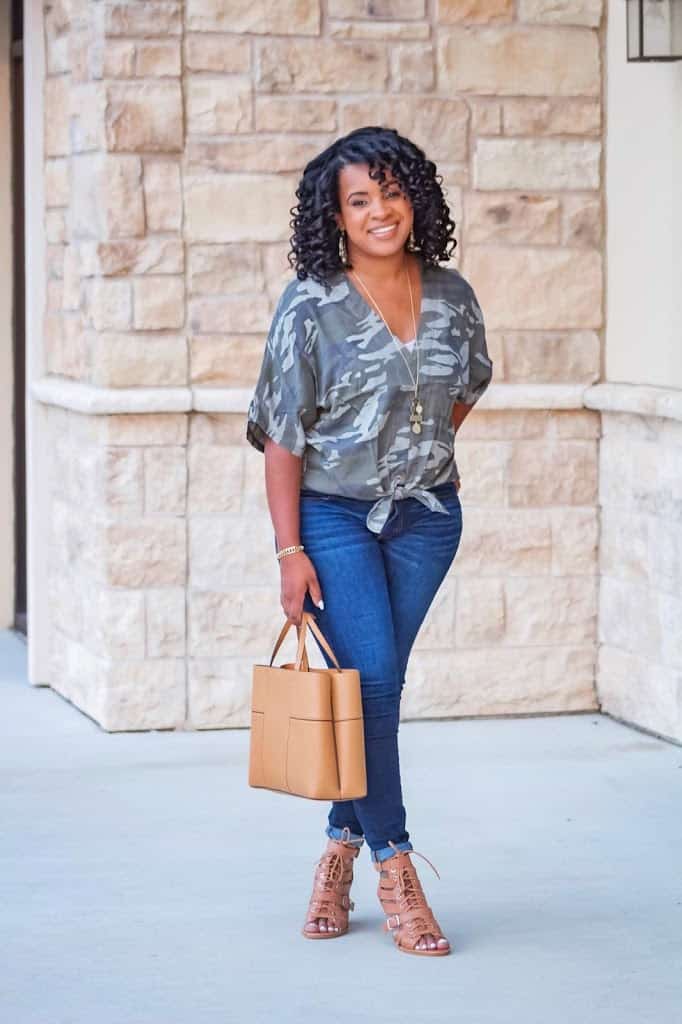 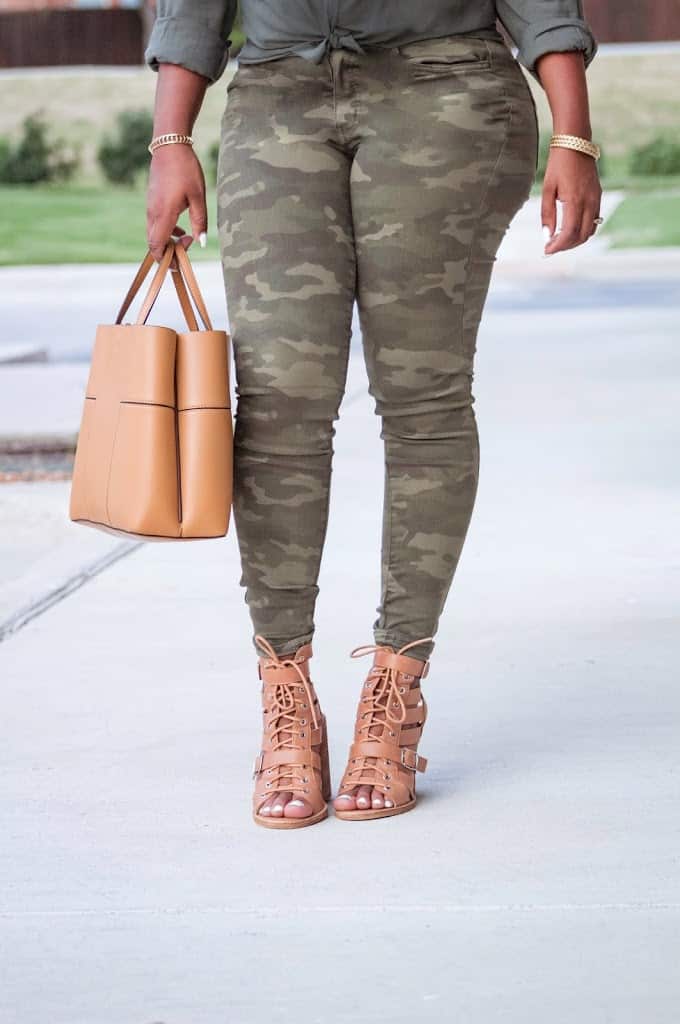 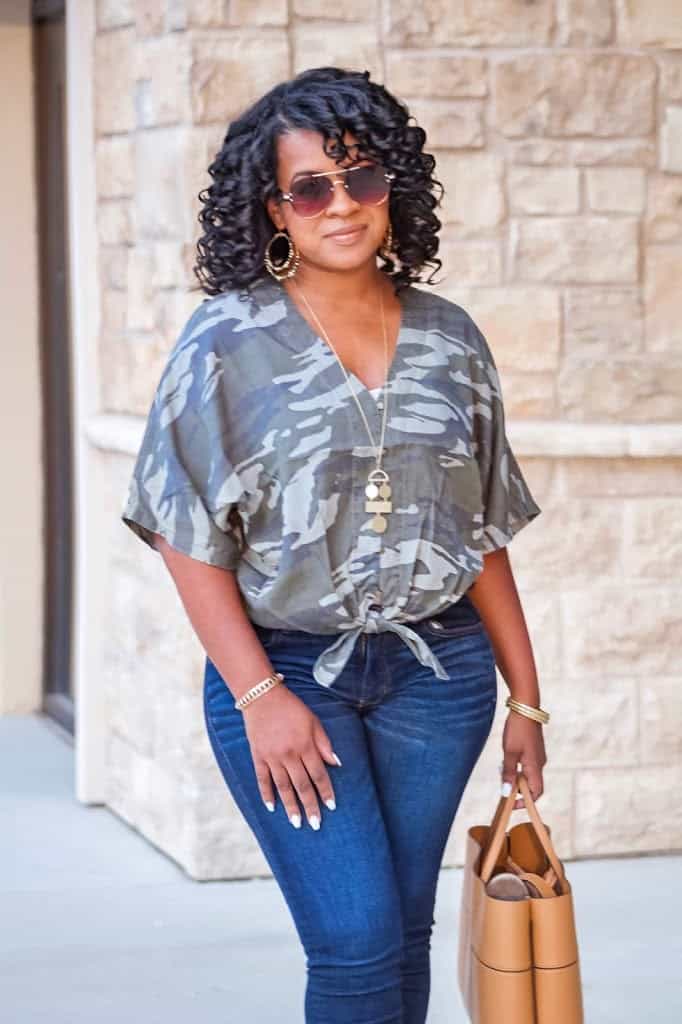 Don’t
Mix bold prints:  While I love mixing prints.  Camo is a print I would say let it be the star. If you do choose to pair another print, stick with a subtle print that won’t over power the Camo.

Overkill the print: When I wear Camo I only pick 1 item that will be Camo, because anything more is overkill.  Plus the likelihood your Camo prints will match are slim to none. So I highly recommend sticking to 1 Camo accent piece per outfit.

Be afraid: I’ve never really worn a lot of Camo in the past. To be honest, I didn’t know if I could pull it off without looking to masculine. That was so silly to think that.  Camo, is an easy print that you can dress up or down, and can be worn in every season.

Go to Baggy: With Camo being a masculine fit, I tend to gravitate to Camo styles that show off my curves or that accentuate you body. This will help balance that natural masculine feel to Camo.

How do you like to wear Camo? Give me some new inspo, so I can wear my Camo some new ways!

All Items are linked on pictures above or click text below